Utilizing four separate GNSS Antennas for the ultimate in responsiveness, the Furuno SCX-20 set a new standard for reliable and accurate heading for all of your marine electronics. Traditionally, a Satellite Compass™ calculates heading using one baseline between two antennas; the SCX-20 four antennas can calculate heading information using any one of the six baselines drawn between the four antennas. The unprecedented quad-antenna design of the SCX-20 makes it capable of calculating extremely accurate heading, pitch, roll, and heave information. It is the perfect heading solution for complex vessel installations where the view of satellites may sometimes be obstructed. 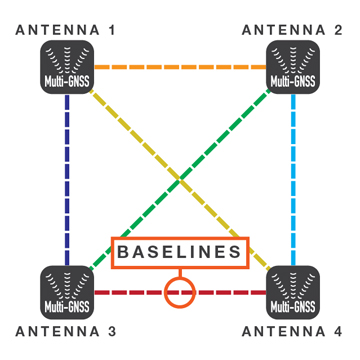 Superior accuracy for all your sensors

The SCX-20 enhances the performance of on-board equipment such as Radar, Fish Finders, Sonar, and Autopilots. Accurate heading information empowers your NAVpilot to keep a better course, saving time, fuel, and money on every voyage; meanwhile, precise pitch, roll, and heave information stabilizes the display for many Furuno Fish Finders and Sonars, allowing for an accurate presentation even in the roughest of seas.

True echo trails are available when the SCX-20 is connected to your Furuno Radar, helping to determine own ship’s movement as well as the movement of other vessels. Accurate speed and heading data ensures that target trails are displayed smoothly and accurately, without the jagged, zig-zag appearance common to compasses with a higher degree of deviation. 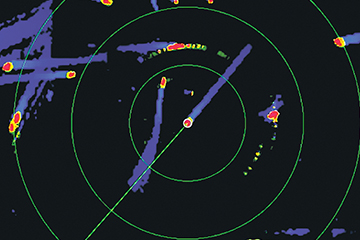 Even in heavy seas, accurate heave compensation from SCX-20 enables Fish Finders such as the FCV-1150 or NavNet TZtouch/TZtouch2/TZtouch3 to show you an unwavering presentation of the seabed, without the undulations caused by sea conditions. 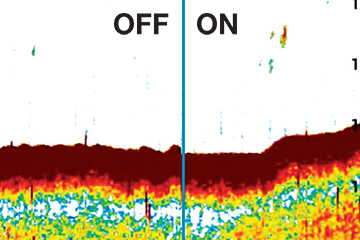 Accurate pitch and roll information allows Furuno Sonar systems to display a steady image on the screen, even in foul weather. 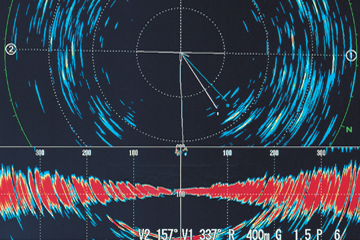 When connected to Furuno SCX-20/21, the Radar’s echo trails hold steady and clearly depict an accurate echo trail thanks to the SCX-20/21’s amazing accuracy. 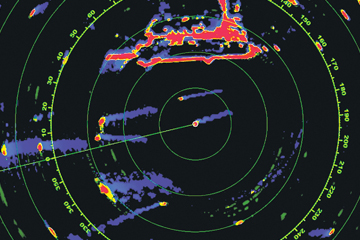 Effortlessly connect with existing Furuno systems in order to elevate your awareness of own vessel and the surrounding area by displaying critical information across several products including NavNet TZtouch MFD’s, NAVpilot-300 and FI-70! Initial setup can be done from NavNet series MFD and NAVpilot-300.

A comparison that says it all: