The Optimus 360 builds on the Optimus EPS and EST systems to offer a revolutionary command structure engineered for powerboats with mechanically controlled twin outboards to provide complete harmonised control of steering, shift and throttle via an intuitive electronic joystick. As the name suggests, Optimus 360 utilises state of the art electronics to provide 360 degree manoeuvring capabilities which greatly assist in docking, negotiating tight areas such as marinas and for launching and retrieving.

The intuitive hand controlled joystick electronically commands the smart cylinders, actuators, gear shifts and throttles to independently control each engine to send the boat forward, backwards, diagonally, rotate on its own axis or to move sideways. By combining all of these forces independently or in unison the boat is moved in any desired direction to exactly where the operator wants to go.

The Optimus 360 utilises the advanced Optimus Electronic Power Steering system (EPS) which connects via a fault tolerant CANbus to a Pump Control Module (PCM). The PCM operates individual hydraulic pumps that control the electro hydraulic smart cylinders to provide independent movement of each outboard engine. Optimus 360, for twin, triple and quad engine applications Optimus 360 gives your boat a whole new dimension of control. By developing the joystick function to be intuitive, Optimus 360 allows you to move your boat not only forward and back, but also sideways, by pushing the joystick to the left, or to the right, and even, rotate on a dime, all with a simple twist of the joystick.

Optimus 360 is designed for low speed maneuvering, and really excels in the marina, when pulling in and out of your slip, or docking. Optimus 360 uses intelligent programming to minimise the amount of shifting required to complete a manoeuvre.

Each component has been designed to complement the other, resulting in a seamless experience of steering control in virtually every situation on the water. The high level of engineering also extends to the reliability of the system, with quality materials, careful manufacturing and redundant systems, all to stand up to the rigors of life on the water. 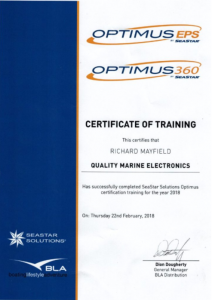 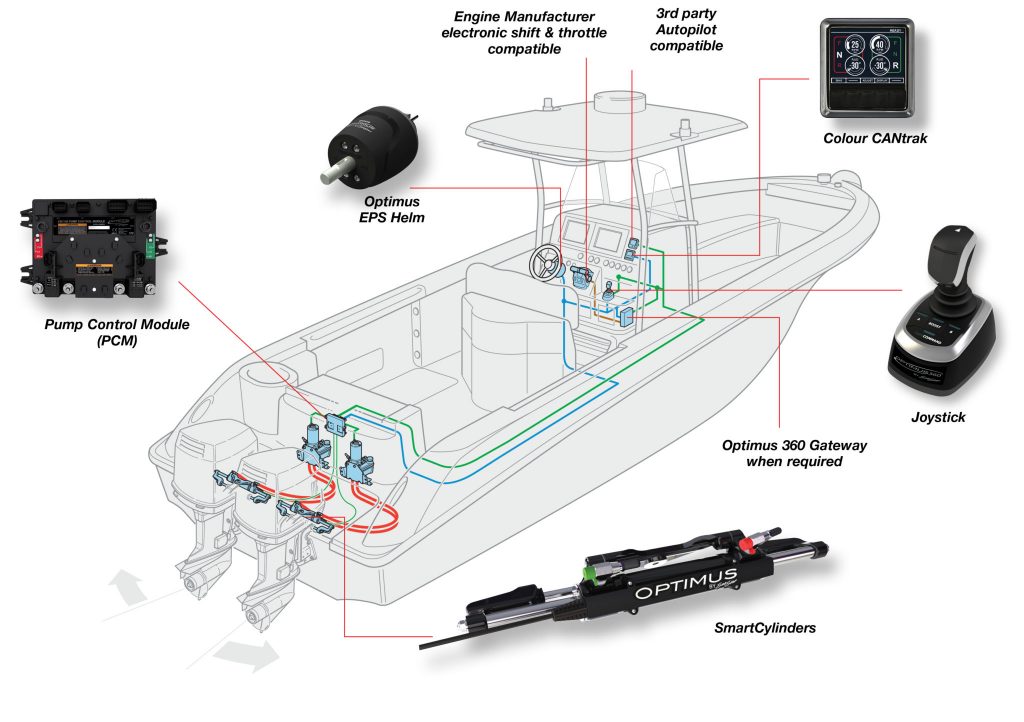